The October 11 Branch Meeting was informative and interesting. 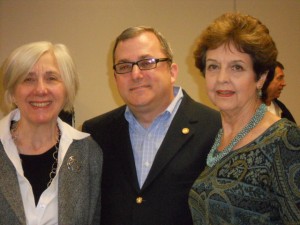 In 2010, police and social agencies received 5,701 referrals for sexual abuse in Virginia, including shocking incidents of child sex trafficking in Northern Virginia.  The average age of sex-trafficking victims is between 12 and 14 years of age.

Senator Ebbin was the prime sponsor of State Senate Bill 259, approved on March 21, 2012.  The bill brought together the Department of Education and the Department of Social Services to develop awareness and training materials for parents, counselors, teachers, community leaders, and the general public.